There are both elected and appointed club officers who are instrumental in keeping this club running. Each one has a specific role they fulfill and a method of service to the organization that allows them to have impact on the direction of the club and how it serves the community's Veterans. The positions that are served by elected officers are: President, 1st Vice President, 2nd Vice President, Treasurer, Recorder, Sergeant-at-Arms, Legal Officer, and Alternate DPSC Central Committee. The appointed officers of the club are all Chairs of standing and ad hoc committees.

DEREK MATTHEWS
Derek is a Marine Corps Veteran. He served from 2006-2011 completing two tours to Ramadi, Iraq from 2008-2010. He was a signals intelligence ground operator and analyst working in conjunction with IP and IA forces to subdue high value targets in the region. In 2011, he deployed to Helmand, Afghanistan supporting combat forces on the ground. He left the military in 2011 to attend Community college in Alameda County where he later transferred to UC Davis to study international relations. He currently works for the California State Assembly. He continues to advocate for veterans through multiple organizations including as President the Democratic Party in Sacramento president.demvets@gmail.com.

TERRI LEIMBACH
The longtime Treasurer of DemVets, Terri was elected in November, 2014 as a director of the Cordova Recreation & Park District. Terri, born an “Air Force Brat” in Tripoli, Libya, married a disabled Vietnam Veteran and had three children. Her concern for Veterans issues grew out of the necessity to help advocate for his care over the years. She is a lifelong Democrat and currently works as Superintendent of Administration for Fulton-El Camino Recreation and Park District. 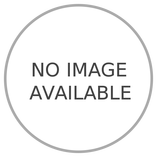 VACANT
The Recorder will keep record of official meetings of the club and produce official minutes of record.

CRES VELLUCCI
The past president of DemVets, Cres is a political campaign strategist, and former daily newspaper and wire service   reporter and editor. He is a former ACLU of Sacramento Board Member, and is now works with the National Lawyers Guild/Sacramento, defending the rights of social justice demonstrators. Cres was drafted and served in the U.S. Army in Vietnam War where he served an an "information" specialist. Contact Cres at cresvellucci@gmail.com.

JIM  HARD
Jim Hard was drafted and served in the US Army from 1966-68.  His experience in the military awakened his interest and involvement in politics and issues of social justice. His first political experiences were with the United Farmworkers boycott of grapes and joining the Chicano Moratorium March against the Vietnam War in Los Angeles, where he grew up.  He has been active in social justice and union movements since that time.

Chair of the Membership Committee

Chair of the Fundraising Committee

The Fundraising Committee Chair is tasked with the planning of events for fundraising purposes, and management of the fundraising plan. It will also handle all other tasks as assigned in the Constitution and Bylaws, or by the Executive Committee.